Growing up as a girl in a South Asian household once meant that a lot of our issues were hush-hushed, and women were never seen as funny or entertaining. But after meeting some of the most phenomenal female comedians of South Asian heritage in Australia, we can confirm that women are not only funny but also capable of owning their struggles and having a laugh about it.

If we look at the comedy scene in Australia and around the world, we can see that there is a glaring absence of brown women, even when there is no dearth of talented female comedians. Hence the idea of a brown women comedy night was born at ASAC.

Brown Women Comedy, laugh your heart out to an exceptional lineup of Indian, Pakistani & South Asian female comedians. No topic is too taboo, from growing up brown in Australia, coming out to your parents to getting divorced – these women won’t be holding back. Bring your parents at your own risk. 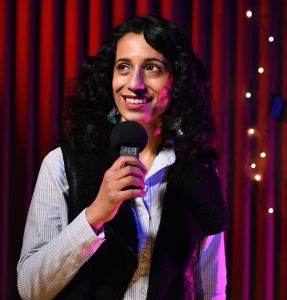 Amna Bee is a Melbourne-based comedian, hailing originally from Pakistan and Canada. She started out in a small outback town in Australia and has since performed all around the country and in major festivals. Her solo, debut show premiered at the 2021 Melbourne International Comedy Festival with a sold-out run and rave reviews. She’s known for her wit, dry humour and deadpan style.

“Very very funny” – The Plus Ones 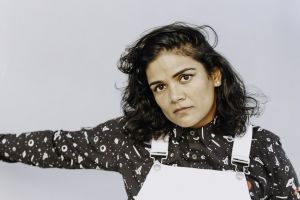 Sunanda was created in New Delhi, corrupted in Bangkok, came out in New York and came out (as a comedian) in Los Angeles, so don’t ask them ‘where’re you from’. Sunanda moved to Melbourne two years ago for love so, let’s hope they at least stay together cuz they’ve blown their savings at Ishka (problematic, we all know). Broadsheet named their Fringe 2020 show, “Yes, We Tan!” their top comedy pick.

“[Sunanda is] a magnetic and funny performer with such a commanding and unique comedic voice.” – Lucia Aniello, Emmy-award winning Writer/Director of “Hacks” 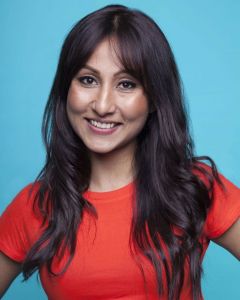 Urvi Majumdar is a comedian, writer, actor and producer. She has performed to sold-out crowds at the Melbourne International Comedy Festival, Melbourne Fringe Festival and Melbourne Writers’ Festival. You can see Urvi in Channel 9’s comedy series Metrosexual and hear her often in guest spots on Triple R Radio. Urvi is a regular writer for Channel 10’s The Project. She is also a Creative Producer for Footscray Community Arts  where she programs Creative Workshops, the Footscray Laughs series and their new schools program.

“Majumdar’s tales of growing up with a unique name and being the non-favourite sibling left many audience members cackling in agreement!’ – RMITV 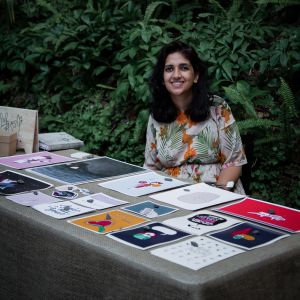 Swati Vats is an illustrator+designer+comic artist and improviser living in Melbourne. Her work is inspired by the humor and intimacy found in fleeting moments shared with friends and strangers alike. Raised in four continents, by the age of 18, Swati had come to celebrate the body of work that was her art exploration, until one day the portfolio that contained all of her artwork got drenched in the monsoon.

Ever since that soaking wet day, her approach towards art and creativity has been marked by ephemerality and the humor of starting from scratch repeatedly.