Our member Parvyn has recently released a new album to international acclaim, having been on rotation on major channels in India and is performing live on 5th August at The Ian Potter Centre for Performing Arts (Monash University).

A local Melbourne singer “with influences from Bjork to Anoushka Shankar, beloved Punjabi-Australian vocalist Parvyn Singh will bring her own blend of electronica and jazz influenced by Sikh devotional music and classical Indian music and dance to The Count’s.”

“Best known for her work in cult psychedelic band The Bombay Royale, Parvyn has also been performing globally since childhood with her father Dya Singh. Her debut record ‘Sa’ releasing September 2021 is immersed in a reflective world of different cultures and perspectives.

Opening the show, is mesmerising bilingual folk-pop artist STAV. blurs the lines between singing and spoken word in a mostly Australian accent and unschooled Hebrew. Introspective and playful, her thought-provoking lyrics explore themes of migration, identity across generations and womanhood”

In partnership with Monash Performing Arts Centre, we are offering our official members and those of your curious to join ASAC $10 tickets.

Simply register here and use the code ” ASAC “ at registration to get your special discount. We’ll all gather beforehand so if you’re coming make sure you let us know by sliding into our Instagram DM’s.

Not a member yet?

Apply for membership
Subscribe for future events and exclusive invitations 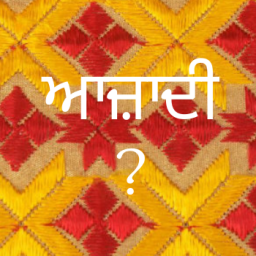 While many celebrate these days as the birth of new nations, we pay respects to the 14 million people uprooted during the 1947 partition and the subsequent lingering impacts of divisive rhetoric in history books and media. It is less a matter of patriotism, more about the pursuit of curiosity and truth.
During independence day, we encourage you to learn, connect and listen to stories of our ancestors and those who survived during this time.